Showing posts from December, 2012
Show all

What started in 2011, continued in 2012 as well - I travelled, I learned, I was invited to speak at conferences, I ran workshops and I co-hosted teachmeets. To my delight, TeachMeet Int'l won second runner up in the Edublog Awards 2012!

The year started with our trip to Cuba - it was a fantastic holiday with no internet access whatsoever! In March, we explored Berlin and Potsdam, in April we flew to Boston, saw the sights and tried our very first clam chowder in a bread bowl! (Absolutely delicious!). Then we headed for Toronto, and on our way there we stopped to visit the Niagara Falls, both on the US and the Canadian side. In Buffalo I treated myself to what is now my beloved Kindle Touch. I never leave the house without it!

In January it was my school's turn to host a Comenius meeting. 31 students and 19 teachers from 7 European countries came to Zagreb to meet their project partners and to learn from each other.

The spring was abound with conferences: Microsoft Slovenia i…
2 comments
Read more 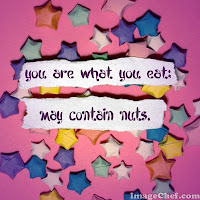 This morning I got an email from my dear friend Jean-Paul Auffrand, an English teacher from France who I met in Finland back in 1997 when we both attended a course on how to introduce modern technologies into foreign language teaching. That was 15 years ago! Since then we've implemented many a modern tool in our teaching, but what I appreciate most when it comes to new technologies is that that they've given us the opportunity to stay in touch over all those years, for which I'm so grateful!

Jean-Paul's email made my day. He sent me a list of paraprodoskians. According to Wikipedia, a paraprodoskian is:
"Aparaprosdokian(pærəprɒsˈdoʊkiən/) is afigure of speechin which the latter part of a sentence or phrase is surprising or unexpected in a way that causes the reader or listener to reframe or reinterpret the first part." Here are some more:
The voices in my head may not be real, but they have some good ideas!
Age is an issue of mind over matter. If you don'…
Post a Comment
Read more 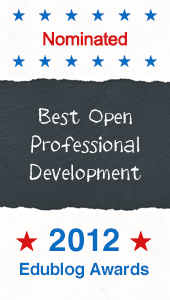 I've written about teachmeets here and here and everywhere, but I simply must write about this favorite topic of mine again, because TeachMeet Int'l that Sonja, Bart and I run, host and moderate has been nominated for this year's Edublog Awards in the category Best Open Professional Development along with other prominent conferences and  PD courses.

We're all so excited and proud to see that TeachMeets have earned the recognition they, I believe, fully deserve.  Because TeachMeets give a voice to ordinary teachers who do extraordinary things ... extraordinarily well!